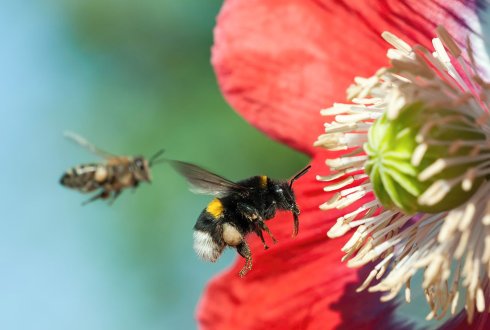 Plants and herbivorous insects are involved in a co-evolutionary arms race in which plants evolve to defend themselves against insects, whereas insects evolve counter-mechanisms to overcome the plant’s defence. Plants can defend themselves morphologically but also chemically. Chemical defence may deter feeding or negatively affect the performance of feeding herbivores. Over the past few decades, studies on plant-insect interactions have shifted from bi-trophic to multitrophic interactions. Furthermore, instead of looking only at the aboveground compartment, researchers have recognized the importance of including the belowground compartment into their studies. However, so far there have been few studies that have incorporated naturally occurring genetic variation in plant defence chemistry into the study of plant-insect interactions. This thesis examined the effect of genetic variation in plant defence chemistry on (multi)trophic aboveground-belowground interactions. The importance of aboveground-belowground interactions on the evolution and maintenance of variation in plant defence traits is reviewed. Several laboratory experiments studied the effect of herbivory on chemical profiles of leaves and roots, and how these chemical changes affect the performance of herbivorous insects.