Flowering at the right moment is crucial for the reproductive success of plants. Hence, plants integrate various environmental cues with endogenous signals in order to flower under optimal conditions. We recently published a first dynamic model for the network involved in integration of these signals in Arabidopsis thaliana. This Ordinary Differential Equation (ODE) model describes how a set of eight transcription factors (TFs) regulate each other’s expression. To fit the model parameters we exploited time course expression levels, data describing regulatory interactions, and phenotypic data (flowering time of various mutants). The model was successful in predicting the effect of perturbations in expression levels of these TFs on flowering time.

We now connect the integration network model to a network model for the various upstream genes that are involved in receiving environmental and endogenous signals. Data available for these genes does not consist of expression times series, but of large amounts of gene expression data, measured under various conditions, typically of static nature. Our approach is to use for the upstream network a Bayesian Network (BN) model describing connections between hundreds of upstream genes. This model is coupled to the detailed dynamic ODE model which receives input from the BN. By connecting a large statistical model to a detailed smaller mathematical model we are able to integrate very different type of data and to tackle the complexity of the system.

The BN predicts the effect of perturbations of any of the upstream genes on genes included in the integration network ODE model. Using the signal from the BN as input, the ODE model predicts the resulting change in flowering time. We demonstrate the predictive power of this approach by applying the model to mutant data. 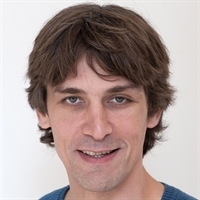