The origin and evolution of the vascular regulatory dimer TMO5/LHW

A short summary of her presentation:

The development of vascular tissues is considered as one of the major steps in the evolution of land plants, allowing plants to grow beyond the size of mosses.

Recently, TARGET OF MONOPTEROS5 (TMO5) and its homologs were shown to interact with LONESOME HIGHWAY (LHW) and its homologs. These TMO5/LHW heterodimers are bHLH transcription factors and control the number of cell files in the vascular tissues by triggering periclinal (longitudinal) cell divisions through local production of the phytohormone cytokinin (CK). Here, we investigate the evolution of the TMO5/LHW dimer from charophytes to angiosperms and its influence in vascular tissue development. 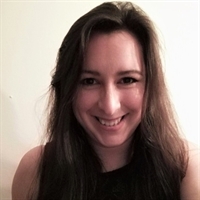