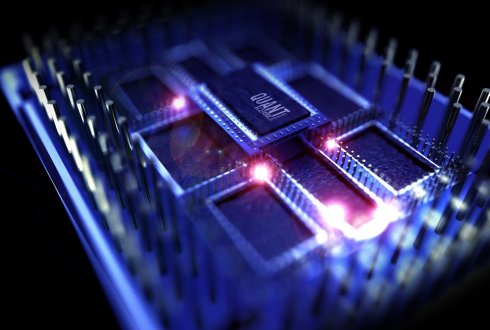 Computers have become ever faster over the last few decades. However, with the possibilities of our two-digit technology reaching their limits, Moore's famous prediction about the doubling of computer speeds every eighteen months, will soon no longer be true. But what if it were possible to overcome limitations of only being able to use 0's and 1's? What if computer engineers were to use the findings of quantum physics where reality can be both 0 and 1 at the same time.

Recently, scientists from Delft University discovered the Majorana particle, a particle that forms its own anti-matter. With this and other discoveries, the prospect of applying quantum science in computer engineering seems to come within reach.

Our guest: Ronald Hanson, professor at the TU Delft

Hanson is one of the leading Dutch scientists when it comes to the development of a super computer. The University of Delft plays a leading role in this exciting field of science, and Hanson is one of the key players. He is involved in a recent multi million euro project, fuelled by the Dutch government and corporate funding, to build a super computer in five years. Should they be successful, then the possible implications can hardly be overstated. A super computer could bring an exponential growth of calculation power that would change almost every field of science, and thus society as we know it.

Live music will be played by the ‘Troubagroove Trio’ led by Javier Garciá Vincente on his guitar.