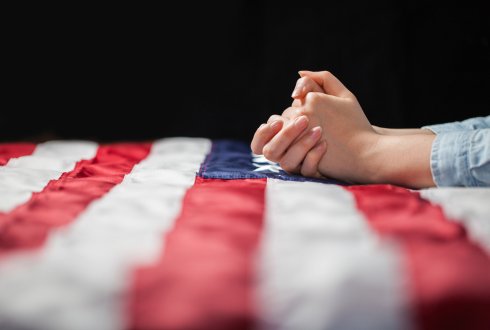 How does religion play a role in nationalism? A two-pronged series where different cases are under the spotlight.

How does religion play a role in fostering nationalism? A two-pronged series where different cases are under the spotlight.

Brazilians’ secular ideas of nation and nationalism were historically forged in a delicate process of negotiation with Catholicism and its role in the cultural, political and state formation of the country. But powerful religious identity shifts have been underway in the past three decades, playing a key role in power struggles and the public discussions about the future of the nation. What are these shifts and how have they figured into the recent 2018 electoral victory of the right wing Presidential candidate Bolsonaro? Dr. Carly Machado explores the emergence of Pentecostalism as Bolsonaro’s new Public Religion in Brazil and consequences of these developments for the future the nation.

Carly Machado teaches Anthropology at the Universidade Federal Rural do Rio de Janeiro (UFRRJ), Brazil. Her first degree was in Psychology (1997) and she went on to receive her M.A. in Social Psychology (2000) and her PhD. in Social Sciences in 2006. During her PhD. Carly Machado was a visiting student at the University of Amsterdam, and in 2007 she held a postdoctoral position at McMaster University. In 2018, Carly Machado was a Visiting Scholar in the department of Human Geography, Planning and International Development, at the University of Amsterdam. Carly’s current research project focus the issues of religion, media and politics in the urban peripheries of Rio de Janeiro. Together with Patricia Birman, she is the leader of the research group “Distúrbio”, in Rio de Janeiro, and also one of the editors of the Brazilian Journal “Religião & Sociedade”.