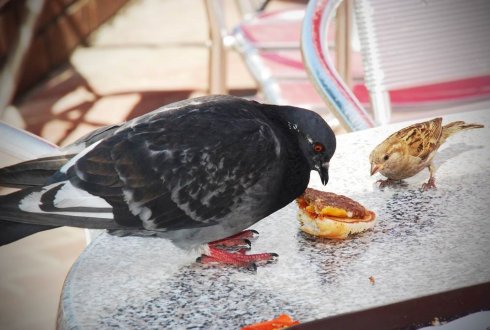 Ewout Frankema and Michiel de Haas share their insights about why some world regions are more food insecure than others. What are the long-run determinants of global inequality concerning food insecurity?

Since the 19th Century, science and the fossil fuel revolution have generated a global abundance of food, and – so far - ended mankind’s long-standing subsistence struggle. But did we definitely escape the Malthusian trap? Can we leave poverty traps and myopic expectations behind? Why then, in the face of global abundance, do some regions still wrestle with resource scarcity and hunger?

Is it because of differences in availability of natural resources or uneven capacities for agricultural innovations? How does food security tie in with the ‘great divergence’ of economic growth between world regions? Are Asian and African countries likely to catch up soon? How did Europe escape the Malthusian trap, if they did?

Ewout Frankema (1974) obtained his PhD in Economics from the University of Groningen (2008), where he wrote a dissertation on the Historical Evolution of Inequality in Latin America, 1870-2000. After his graduation he worked for four years as a lecturer, post-doc and assistant professor at the Social and Economic History group of Utrecht University. In 2008 Frankema was awarded a personal research grant from the Dutch Science Foundation (NWO) to work on the VENI-project (200K) The Colonial Origins of Inequality: A Comparative Analysis of Fiscal Regimes in Asia, Africa and the New World, 1492-2000. Since July 2012 Frankema has been appointed as a full professor and chair of the Rural and Environmental History Group at Wageningen University. In May 2012 he was awarded an NWO VIDI-grant (800K) for his project Exploring Long Term Changes in African Living Standards in Global Perspective. In August 2012 he was granted an ERC Starting Grant (1.500K) for his project Is Poverty Destiny? A New Empirical Foundation of Long Term African Welfare Analysis.

About this lecture series

This lecture series is also part of a Capita Selecta of Rural History (RHI-50403) around the book ‘Food security, agricultural policies and economic growth; Long-Term dynamics in the past, present and future' by dr. Niek Koning.

Other lectures in this series