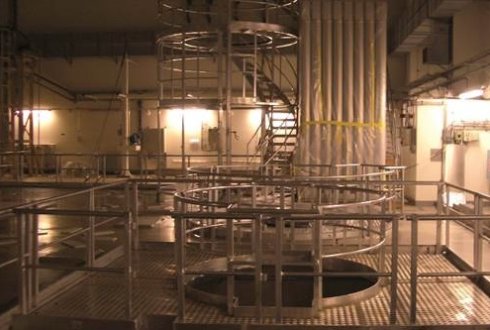 Together with Kevin Toma, movie reviewer of De Volkskrant, we watch and discuss Into Eternity. In this 75 min. movie director Michael Madsen shows how Finland builds a gigantic storage for its nuclear waste.

Mankind uses nuclear power for only a few decades. In this short period we produced over 250.000 tonnes of nuclear waste, which will remain toxic for at least 100.000 years.
To store its own nuclear waste, Finland builds a gigantic storage, deeply buried in rocks. This enormous project will be finished in the 22nd century.
Into Eternity portrays this Finish project. The movie is structured as a letter to future generations, addressing the philosophical and existential questions the project raises. How can a civilisation which exists for only a couple of thousands of years oversee a 100.000 years?

After the screening we discuss the movie with Kevin Toma, movie reviewer of national newspaper De Volkskrant. What makes this movie so special?

Kevin Toma (Sittard, 1974) studied Film- and Performance-Studies at Radboud University Nijmegen. He started his career as movie reviewer for De Filmkrant. From 2007 he works for De Volkskrant.
Furthermore he accompanies silent movies. He wrote new scores for and accompanied live among others Sunrise (1927), Häxan (1922) and Berlin, die Sinfonie der Groβstadt (1927).