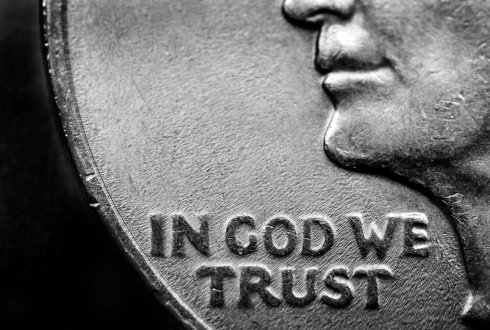 Studium Generale explores whether there is such a thing as a ‘religiously neutral state’. When it comes to religion, how do states’ approaches to secularization shape where ‘private’ and ‘public’ realms begin?

Where does ‘private’ end and ‘public’ begin when it comes to religion? To explore this, we look at how states' approaches to secularization have been shaped. Is there such a thing as a ‘religiously neutral state’?  What tensions have been at the root of the way states position themselves in relation to religion in the public sphere? Dr. Hans-Martien ten Napel will draw on examples from Europe and elsewhere around the world. His accent will be on the case of Great Britain where frameworks were proposed for accommodating differences and diversity in the public realm. Taking political traditions into account, he will explore religion in the public realm from an interdisciplinary perspective.

Hans-Martien ten Napel is an Associate Professor of Constitutional and Administrative Law at Leiden University in the Netherlands, where he is also Research Fellow of the Leiden Law School. Before his transfer to the Law Faculty, he taught at the Department of Political Science, and was a Post-Doctoral Fellow at the Minda de Gunzburg Center for European Studies at Harvard University (Cambridge, MA).

In 2013 a research proposal he co-authored, entitled ‘Religion Renegotiated: Faith-Based Organizations and the State in the Netherlands Since the 1960s', was granted a major subsidy by the Dutch Association for Scientific Research (NWO). In 2014 he was awarded a Research Fellowship in Legal Studies at the Center of Theological Inquiry (CTI) in Princeton, NJ, which enabled him to be in full-time residence at CTI for the academic year 2014-2015. Since 2015, he is a member of the editorial board of the Tijdschrift voor Religie, Recht en Beleid (Journal for Religion, Law and Policy).

Throughout his professional career his passion has been the question of how liberal democracies can be designed in order to meet the demands of divided societies. His latest book, Constitutionalism, Democracy and Religious Freedom. To Be Fully Human (Routledge), is available for pre-order.