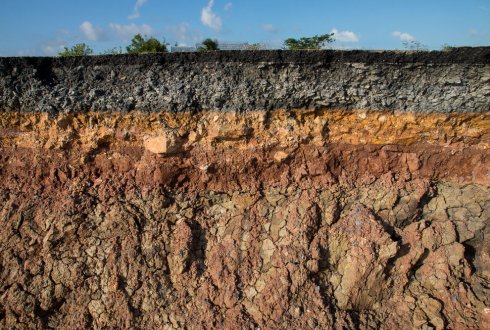 These are festive times for Johan Bouma, emeritus professor soil science in Wageningen and honorary member of the Dutch Soil Science Society (NBV). In 2014 he received the “President’s Award” of the Soil Science Society of America; in 2017 he was awarded the “Alexander von Humboldt” medal of the European Geophysical Union; and last month during the 21st “World Congress of Soil Science” he received the prestigious “Dokuchaev Award” of the International Union of Soil Sciences. Due recognition for a very influential Wageningen soil scientist!

On Thursday September 20th , the NBV and the journal Geoderma (for which Johan was editor-in-chief for a long time) jointly organize a symposium to honour his career. Geoderma issues a so-called “Festschrift”: a special issue in honour of Johan Bouma. The idea behind this Festschrift is that the scientific impact of Johan transcends his publications and his services in scientific administration – it is perhaps most visible in the many scientists he trained during his career. For that reason the Festschrift does not contain any backward-looking review articles of past research, but instead new research performed at the present day by his onetime promovendi. The topics range from soil physics to soil fertility; from tropical to temperate climate zones; and from fundamental to policy-relevant applications; as such it gives a good overview of the breadth of Johan’s legacy.

During the symposium, which will take place in Lumen 1 and 2, several of his past promovendi, including many WUR colleagues, will present their research and share some recollections of their work with Johan. The symposium starts at 12:30 with a lunch and will end around 18:00 with drinks. You can register through the NBV website (www.bodems.nl) or, if you are not a Dutch speaker, through email (bodemkundigevereniging@gmail.com).