Currently there is great concern that biodiversity and ecosystem services delivered by biota may be lost worldwide through the occurrence of tipping points under direct or indirect anthropogenic pressures. Prediction of when tipping points occur exactly however is difficult as socio-ecological systems SES are inherently complex, and the responsible factors driving these tipping points differ locally while they also interact. In the Netherlands interacting key pressures that threaten biota are nitrogen deposition and habitat fragmentation. Because most natural areas in the Netherlands are small and the quality of these natural areas fluctuates in time the concept of ‘critical patch size’ becomes relevant. The critical patch size indicates the minimal size that is required for a natural area of a given quality to sustain a population of biota, and a violation of this size indicates a tipping point leading to species extinction.

To study the occurrence of critical patch sizes in a fragmented landscape we present a spatially explicit model framework in which populations of biota are described by reaction-diffusion equations. Dirichlet boundary conditions are assumed to mimic the inability of many biota to traverse the space between natural patches. To prevent the occurrence of ‘false’ tipping points resulting from numerical destabilization the ‘alternating direction implicit’ (ADI) method has been implemented, which is unconditionally stable for two-dimensional arrays. Prediction-correction is used to estimate the critical patch size, which is determined by an eigenvalue equal to zero. 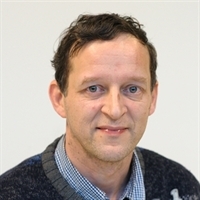