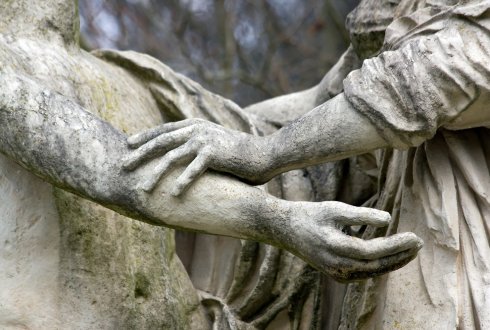 Neuroscientist Christian Keysers, specialist in mirror neurons, draws an image of empathy that is firmly grounded in biology and evolution.

At a time when social contrasts and social inequality are coming to the fore, there are loud calls for more empathy. Many regard the human ability to put ourselves in another person’s place as a tried and tested remedy for indifference. But what is empathy? What does it do? And will ‘more empathy’ really make the world a better place?

How do the actions and emotions of others touch us? Why do we care to help others? Is this unique to humans? Neuroscientist professor Christian Keysers shows how people, monkeys and rats generate their own actions and emotions while witnessing those of others. Even rats become anxious around scared rats, and avoid actions that harm others. Interfering with the brain mechanisms that activate actions and emotions interferes with empathy and helping. Psychopathic criminals do not spontaneously activate their own pain while witnessing the pain of others. Altogether, this draws an image of empathy that is firmly grounded in our biology and evolution.

Christian Keysers is a full professor for social neuroscience at the University of Amsterdam. Since 2010 he leads the Social Brain Lab at the Netherlands Institute for Neuroscience, together with Valeria Gazzola. Christian Keysers is French and German and was born in 1973 in Belgium. He studied psychology and biology in Germany and the US. He then obtained his PhD in neuroscience with David Perrett in St Andrews (UK). In 2000 he became a postdoctoral scientist in the team of Giacomo Rizzolatti (Parma, Italy). Here his work showed that mirror neurons respond to both the sound and the sight of actions, a discovery that became one of the most cited neuroscience papers. In 2004 he moved to Groningen, Netherlands, where he became a full professor in 2007. His work in Groningen established that the notion of mirror neurons extends from the motor system to the limbic and tactile system. In 2014 he became a full professor in Amsterdam. His passion for science dissemination lead Christian Keysers to write the award-winning book The Empathic Brain.