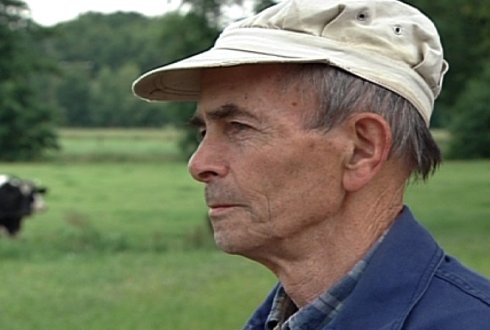 Documentary on a Dutch farmer, followed by discussion

The Dutch farmers are in a difficult position. Although their land and house might be worth a lot of money, they have to work many hours to make an often low income. An income which varies substantially from year to year, due to external circumstances. Not the least of these circumstances are the changing rules they are submitted to, despite being ‘free entrepreneurs’. So nowadays many Dutch farmers depend on the income of their spouse to make ends meets. A special problem is the succession, as agriculture steadily becomes less attractive for younger generations.
In this series we explore the consequences of this difficult position for the individual farmer and his or her family.

We start this series with the movie The Little War of Farmer Kok (73 min., English subtitles). Farmer Kok and his two sons run a biological farm, close to the town of Amersfoort. They have to fight the town, which wants their land, and the demands of the national bureaucracy, which want them to comply to rules they consider unreasonable. The movie-makers followed this family since 1995, and the movie shows the impact of their struggle on the family.
The movie is followed by a discussion on the impact of rules and regulations on farmers, with director Huib Schoonhoven and sociologists Frank Verhoeven (Boerenverstand Consultancy) and dr. Marian Stuiver (WUR).