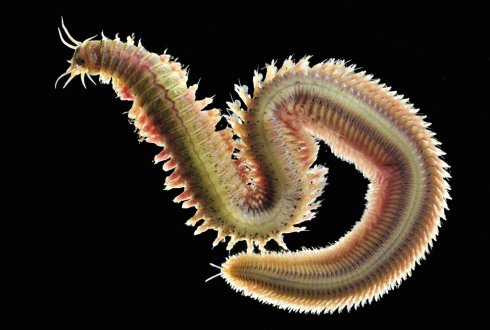 The commercial culture of the flatfish “sole” (Solea solea) is hampered by its slow growth. However, when sole is fed ragworm or mussel the growth rate increases substantially, unlike when fed commercial pellets. Preliminary findings showed that sole fed commercial pellets from 2009-2013 exhibit a type of anaemia. The anaemia was alleviated when the diet was changed from pellet to ragworm. Moreover, the growth rate increased with 70%. The aims of this study were to determine if the observed anaemia is caused by an inflammatory response to infection or a nutritional deficiency, to identify the components in ragworm responsible for alleviating the anaemia and to develop an artificial diet that prevents anaemia and supports a growth performance comparable to sole fed ragworm. A deficiency of iron, copper or vitamin B12 are known as common causes of a nutritional anaemia, yet, in our study we found that the anaemia in sole is not due to an iron or a copper deficiency. The anaemia in sole was affected by dietary B12 yet, the applied levels were unable to alleviate it. Most likely other components in ragworm, possibly EPO, are involved. The slow growth of pellet-fed sole might indeed be due to an anaemia which limits the uptake of oxygen. Yet, when sole received an artificial diet, which was improved based on the outcomes of the present study, its growth rate was comparable to that of sole fed ragworm, even though the fish were still anaemic. As B12 can reversible bind oxygen and B12 levels were up to 200 times the values found in other fish a metabolic function of B12 in respiration is suggested.