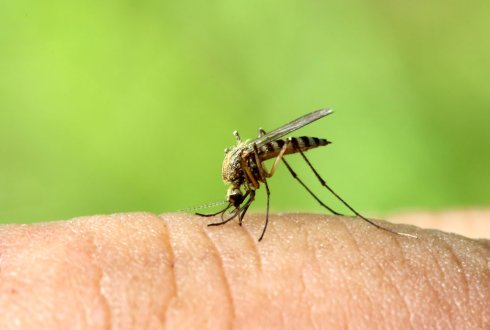 Blood-feeding mosquitoes play an important role in the transmission of West Nile virus. This virus causes repeated outbreaks in humans in southern and central Europe, whereas no cases have been reported from The Netherlands or other northern European countries. To gain understanding of why outbreaks do not occur in northern Europe, I have investigated the role of the most common mosquito in The Netherlands, the northern house mosquito, in transmission of West Nile virus. Multiple experiments in a high-security laboratory, where mosquitoes were infected with virus, showed that Dutch mosquitoes are able to transmit West Nile virus. However, cooler temperatures prevent efficient transmission of the virus. In the context of climate change, we should prepare for future outbreaks of West Nile virus in The Netherlands. In the mean time we should prepare for such outbreaks by investing in research on prevention and control, and raise awareness of the general public.