This study focussed on a debris flow event in the East Upper Ovens (southeast Australia) that occurred on the 28th of February 2013. This event is used as a case study for analysing sediment transport processes and connectivity of sediment sources and sinks. Source areas were identified using a 15 cm resolution areal imagery. A logistic regression model was made based on fire severity, aridity index and slope to predict locations of source areas. The likelihood of debris flow initiation in the Upper Ovens can be reliably predicted based on fire severity, aridity and slope. The total magnitude of the 28th  February debris flow was 74,000 m3. Most of the debris flow material originated from the upper reaches of the Washington Creek. These upper reaches consist of steep slopes (steeper than 30-degrees), severe burnt vegetation (crown burn). High amounts of storm precipitation occurred. The debris flow event is associated with several flow pulses that have different characteristics of material and magnitude. Deposits were measured by making cross-sections using a combination of a differential GPS and a total station. In total 77 cross-sections were made in a 14.1 km2 subcatchment and distributed based on channel gradient and width. The debris flows travelled through the headwater, upstream and downstream channels and changed its form by a continuum of hyperconcentrated and debris flows. Debris flow Deposition took place in the upstream channels of the subcatchment. Most deposition is located at the major junctions of the subcatchment and its tributaries. Particle size distributions between sink areas were obtained by a combination of field assessment, photography imagery analyses and sieve and laser diffraction. During the event sediment was locally eroded, transported and deposited in the subcatchment depending on channel gradient, particle size, large woody debris and the composition of bed and bank material. The role of headwaters as sediment sinks changed dramatically as a result of the extreme erosion event in the wildfire affected areas. Disconnected headwaters became connected to low order streams due to debris flow processes in the contributing catchment. However, this redistribution of sediment from headwaters to the drainage network was confined to upper reaches of the East Upper Ovens. Below this upper part of the catchment the event resulted in redistribution of sediment already existing in the channel through a combination of debris flows and hyperconcentrated flows. 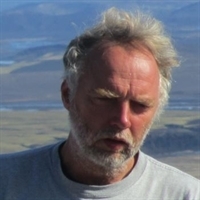