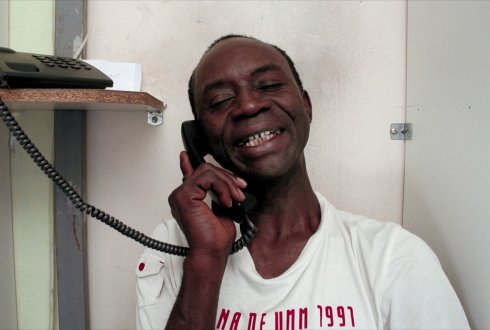 Together with Kevin Toma, movie reviewer of De Volkskrant, we watch and discuss Those Who Feel the Fire Burning. In this 74 min. movie director Morgan Knibben takes us into the worlds of illegal migrants in Europe, using an impressive mix of documentary and fiction.

A group of refugees tries to reach Europe. Their boat capsizes, a man drowns. As a ghost he dwells through the cities and slums of Southern Europe, sharing parts of the lives of those who did make it.
During the whole movie we keep the perspective of the drowned man, who seems to be stuck in limbo. The camera moves through wa  lls and rooftops, apparently without limitation, but remaining in the no-mans-land of the refugees. The result is an impressive mix of documentary and fiction.

After the screening we discuss the movie with Kevin Toma, movie reviewer of national newspaper De Volkskrant. What makes this movie so special?

Those Who Feel the Fire Burning (The Netherlands, 2015, 74 min.) is shown with English subtitles.

Kevin Toma (Sittard, 1974) studied Film- and Performance-Studies at Radboud University Nijmegen. He started his career as movie reviewer for De Filmkrant. From 2007 he works for De Volkskrant.
Furthermore he accompanies silent movies. He wrote new scores for and accompanied live among others Sunrise (1927), Häxan (1922) and Berlin, die Sinfonie der Groβstadt (1927).