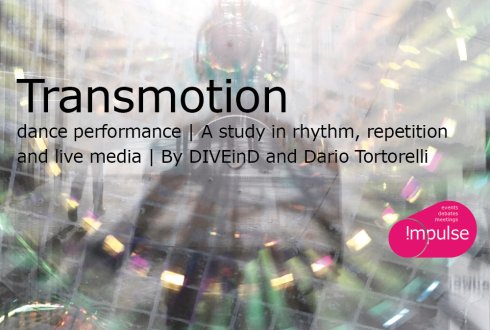 In 2009 Choreographer Dario Tortorelli creates Romeo Heart, an alter-ego character that since then has surfaced in his work in different guises.

In TRANSMOTION the character takes shape in the environment where performers and audience meet. Looking back and reflecting on this important moment of this artistic quest is for Tortorelli the starting point for the new piece TRANSMOTION.

In his work Tortorelli explores the boundaries between performance and art installation and uses his experience as a classical and contemporary dancer to further develop body expressiveness and physicality. During the past ten years he has developed a rich body of work. His first ROMEO HEART solo won in 2013 the Solo Dance Contest in Gdansk (PL). In 2014, the Dutch Ministry of Education, Culture, and Science has selected his piece, HARY +++++, as one of the exemplary projects for the Art of Impact.

Since 2016 Tortorelli is the founder of DIVEinD – Visual Poetry of Performing Bodies, an art foundation based in Rotterdam. The same year he has been invited to explore new ways of creating as a part of the Pivot Dance program for emerging choreographers. The program took place simultaneously in three European dance organizations, The Place, London (UK), The Dutch Dance Festival, Maastricht (NL) and CSC Comune di Bassano del Grappa (IT).

Most recently Tortorelli was nominated for the Prize of the Dutch Dance Festival in Maastricht and the German magazine TANZ placed him on a list of the 41 most promising artists in Europe (August 2018).

For the research phase of his creation TRANSMOTION, Tortorelli will reflect on a decade of visual and movement vocabulary; the evolution and transformation of the alter ego Romeo Heart, on both an aesthetic and conceptual level. In addition, he will explore new elements such as rhythm, repetition and live media to eventually develop and transcend his own language and work. The piece will evolve through the artistic residencies and public presentations during which, in collaboration with a team of interdisciplinary artistic, a playground of possibilities will be explored. With TRANSMOTION, Tortorelli wants to reflect on the physical role of the other (the environment) and the physical role of the audience in the creative process. Developing new ways of presenting, creating and observing through a poetic shared experience.

The public studies for TRANSMOTION will continue until summer 2019. The end result will premiere the 14th of September 2019 in Rotterdam (Schouwburg, theater Rotterdam). If you wish to follow the process and see where we show next, please visit the DIVEinD website where you can also subscribe to the newsletter.