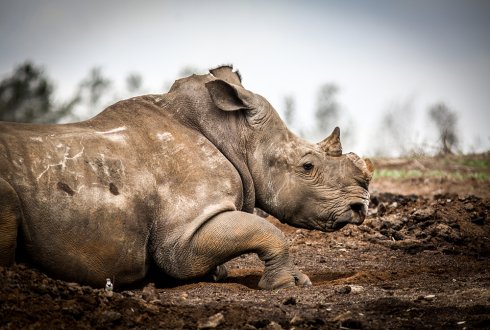 Wildlife crime is big business. Criminal organizations earn an estimated eight to ten billion dollar per year with it. Poaching and other forms of wildlife crime disrupt, among others, biodiversity and local communities living close to the wildlife. In this series we explore causes, shapes and consequences of, and possible responses to wildlife crime.

The growing importance of wildlife crime is due to the increased demand for wildlife and its’ derivatives, mostly in Asia, argues dr. Christiaan van der Hoeven. He is Advisor Ecological Networks & Species Conservation at the World Wildlife Fund. This mounting demand is mainly caused by a combination of increasing purchasing powers and rumors on alleged medicinal properties of wildlife products, like rhinohorn and dried lizards. Another important market concerns ornamental products, like ivory statues. The third major market is the pet trade, which also involves Europe and the America’s. Van der Hoeven not only digs into the importance of demand for wildlife crime. He also explains the integrated approach which, according to the WWF, is needed to brake the trade chain. Stop the poaching, stop the trafficking, stop the demand, and policy & advocacy work. But how can this be realized?

Dr. Christiaan van der Hoeven studied biology at Utrecht University, with a specialization in ethology. He got his Ph.D. in park management and wildlife surveys at Wageningen UR.