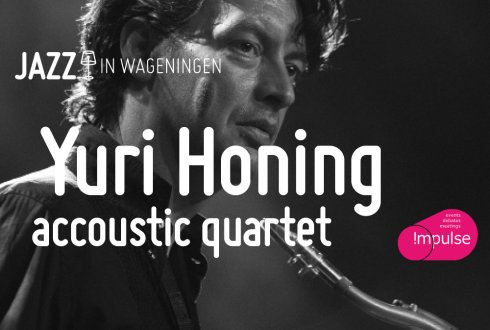 Yuri Honing, composer, saxophonist and two-time Edison winner, has now recorded his twenty-second album with his acoustic quartet. Goldbrun is about Europe and heroism. In a time when Europe is constantly under attack, Honing defends European history and identity in an album of music that binds. Yuri’s father, his first and last hero, died during the recording of Goldbrun.

For decades, John Coltrane’s masterpiece ‘A Love Supreme’ was a musical question that Yuri longed to answer. He has found that answer with Goldbrun, in a highly-personal, contemporary and European form. At the end of the nineteenth century, Richard Wagner taught his favourite pupil, Richard Strauss, the secrets of Romanticism. After World War II, towards the end of his life, Strauss composed his famous ‘Vier Letzte Lieder’. These ‘Four Last Songs’ were a musical highpoint and a source of inspiration in composing Goldbrun. Goldbrun consists of seven parts and ends in an ascension. Goldbrun is in many ways a tribute to Romanticism.

The musicians in the Yuri Honing Acoustic Quartet are the band leader himself on saxophone, Wolfert Brederode on piano, Gulli Gudmundson on double bass and Joost Lijbaart on drums.