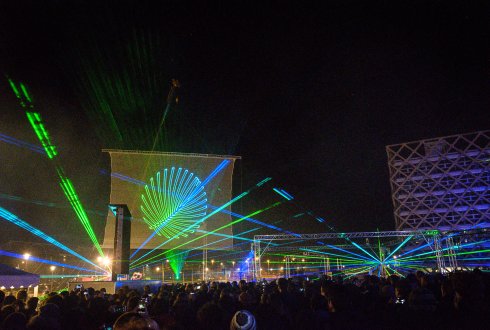 4000 students and employees counted down to the 100th anniversary of WUR on 8 March. At midnight, Rector Magnificus Arthur Mol officially opened the celebratory year with a spectacular laser show. Earlier in the evening, the Dutch Student Orchestra and the big band Sound of Science already set the tone.

Looking back with photos, videos and stories

Find here the more extensive selection of the Dutch Student Orchestra, Sound of Science and the Opening event.