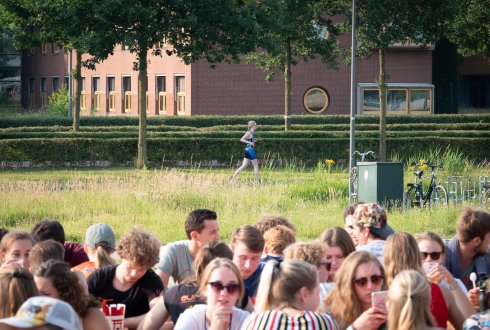 During the Groot Nederlands Studenten Kampioenschap (GNSK - the Great Dutch Student Championship), 1500 athletes from Dutch university teams compete for the title of “best student team in the Netherlands”. On 8, 9, and 10 June of this year, Wageningen organised this championship for the first time since 1999. Over 1500 student athletes competed for win prizes in annual sports such as tennis, basketball and badminton, but also for this year’s additional sports like triathlon, gymnastics, and Olympic weight lifting. Nijmegen won; Wageningen came second.

Looking back with photos, videos and stories

Find more photos on the website of Guy Ackermans of the friday, saterday and sunday of the GNSK.

Read more about the GNSK