Reaching the ecological targets of the Water Framework Directive will require efforts by agriculture in order to reduce nitrogen and phosphorus loads on surface waters. The question is how much the loads by leaching and run-off from agricultural land need to be reduced, and what is the effectiveness of possible measures.

The European Water Framework Directive (WFP) is aimed at the sustainable protection of ecosystems and water supplies. Despite a slight improvement, the nutrient concentrations in 2027 will probably still be too high in approximately half of all regional waters3. A reduction of nitrogen and phosphorus loads by leaching and run-off is required in order to achieve the ecological targets. For a realistic assessment of the suitability of measures, insight is required into the sources of nitrogen and phosphorus in the surface water, and into the effectiveness and cost of the various measures.

The source ‘agriculture’ contributes part of the nutrient load to surface waters. This contribution is calculated by calculating a nutrient balance sheet for each waterbody. Incoming items are: Leaching and run-off from agricultural land and and nature areas, supply from adjacent upstream catchments, supply from point sources and other diffuse sources4. The load passing the outflow point is the outgoing item. Nitrogen and phosphorus disappear by retention, hence the load at the outflow point is lower than the sum of the sources.

The contribution from agricultural land has been calculated using the STONE model which describes crop uptake, nutrient cycles in the soil and leaching processes. Using a sensitivity analysis, contributions from agricultural land are then unravelled into five sub-items: atmospheric deposition on agricultural land; fertiliser; soil processes; drainage of ditch water which is infiltrated during the summer and upward seepage (see figure 1, top left - see further the cited background report). The soil is an important source in peatland areas due to the mineralisation of the peat; in recent reclaimed marine clay areas nutrients can be released from nutrient-rich sediment layers. The source ‘fertiliser’ is defined as the leaching and run-off caused by fertiliser applications, recently and in the past. Only part of the sources listed above can be influenced.

Which sources constitute ‘agriculture sources’ is a subject to debate. In practice the different points of view results in a range for the reduction to be achieved by agriculture for both nitrogen and phosphorus. For the Netherlands as a whole, the load on surface waters from agricultural land must be reduced by 5.7 - 8.1 million kilograms of nitrogen and 0.38 - 1.19 million kilograms of phosphorus annually2. This is equivalent to 10-20% of the total leaching of nitrogen and 10-40% for phosphorus. Figure 2, in which the upper limit of the ranges has been adopted5, shows that the differences between the areas are substantial.

The STONE model has been used to explore the effects of a number of measures on nitrate concentrations in the groundwater (leaching) and the nitrogen and phosphorus load on surface waters2:

In order to meet the standards for nitrogen concentrations in regional surface waters by 2027, the load from agricultural land needs to be reduced by more than 40% and sometimes more than 70% in parts of the Southern and Eastern sandy region. The measures considered can result in a reduction of the nitrate leaching to the groundwater ranging from 5-10% to 15-25% in the sandy regions. It appears that it will be possible to meet the reduction targets for a large number of waterbodies by using a combination of the measures, but for the clay and peat areas the measures will only partly contribute to achieving the reduction target.

In order to meet the standards for phosphorus concentrations, the load on surface waters from agricultural land must be reduced by 40 to 70% in the Western Netherlands, the Southern sandy region and Twente, an in some areas by more than 70%. This reduction target cannot be met with the measures examined or a combination thereof. Because a large proportion of the leaching and run-off is determined by phosphate stocks already present in the soil, it can only be minimally influenced. Alongside the measures considered here, measures are needed which tackle transport routes and/or measures with a purifying effect on the surface water. 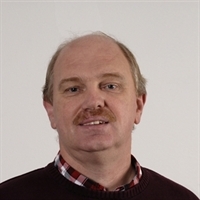 Do you have a question? Ask our experts: ir. P (Piet) Groenendijk
Contact form + Show more (1)