Africa In Motion
Africa In Motion (AIM) is a foundation, which unites African Diaspora in the Netherlands with the aim of enhancing socio-economic emancipation of Africa.

Community based research
The cocoa trade and industry is a heritage of the colonial past of the Netherlands. Except for Ivory Coast the Netherlands is the major transit port of cocoa and producer of semi-finished products of cocoa, such as cocoa liquor, cocoa butter and cake. Certification ensured reforms to a more sustainable and transparent value chain but has up-to-date not created a transformative change whereby main revenues of cocoa production are allocated in the producing cocoa country and farmers can work within a food sovereignty framework. Unknown is how practices of commoning in the cocoa sector are changing the discourse on fair trade. How is fair trade resignified by African farmers and other actors in the cocoa value chain in Africa, and by African Diaspora and other concerned citizens in the Netherlands.

The Science Shop is looking for a master student, who would like to do his/her thesis on the resignification of fair trade in the cocoa (and/or coffee) sector. 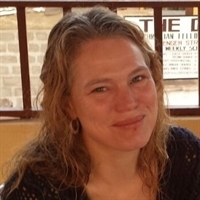