Double-stranded small RNA (dsRNA) molecules are known to be able to silence genes [1]. The plant-infecting fungus Botrytis cinerea produces such RNAs to silence genes in infected hosts (Arabidopsis, tomato), in particular immune-response genes [2]. Similarly, plants can produce dsRNA targeting genes in the fungus (host-induced gene silencing) to avoid infection. This latter mechanism may be underlie situations described in literature where the fungus grows without killing the host: pant-produced dsRNAs may silence genes regulating production of toxins or cell-wall degrading enzymes.

In this project, the goal is to find potential dsRNA-silencing mechanisms between host and infection. A starting point could be to develop a tool similar to [3], to scan both genomes for potential targets. The dsRNA sequences could be measured in the host-infection system or could be derived from literature. The target list can be refined by incorporating prior knowledge on plant infection, e.g. by prioritizing genes involved in immume-response pathways. A related question is how these dsRNAs are transported: perhaps RNA-binding proteins with a signal peptide play a role. 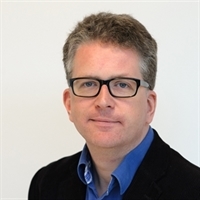