A novel cropping system for potato was tested for two consecutive years under normal Dutch agronomic conditions. Seedlings from two experimental genotypes of hybrid true potato seeds were produced in a greenhouse nursery and transplanted into the field 5 weeks after sowing to assess tuber yield levels and to study effects of hilling on tuber yield and number, tuber size distribution and tuber greening. Field experiments had a split-plot design with hilling treatments as the main plots and genotypes as the sub-plots. Final harvest was at 122 and 132 days after transplanting in 2017 and 2018, respectively. Hybrid seedlings were transplanted into small initial ridges and irrigated straight after planting. Three hilling treatments were applied between transplanting and 100% canopy cover. Treatment ‘zero hilling’ did not receive any additional hilling after transplanting. Treatments ‘double hilling’ and ‘triple hilling’ received two and three additional hilling treatments, respectively. Total tuber yields at final harvest in both years were not affected by the hilling treatments. Yields for the respective genotypes were 26 and 30 Mg/ha in 2017 and 25 and 32 Mg/ha in 2018. Total tuber numbers were only affected by hilling treatments in 2017, where under hilled conditions, plants produced more tubers compared with plants under zero hilling. Plants under zero hilling yielded more tubers in size class > 40 mm compared with triple hilling in 2017. In 2018, no significant effects of hilling on tuber numbers were found, but the trend was similar to that in 2017. 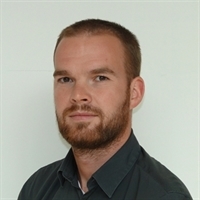