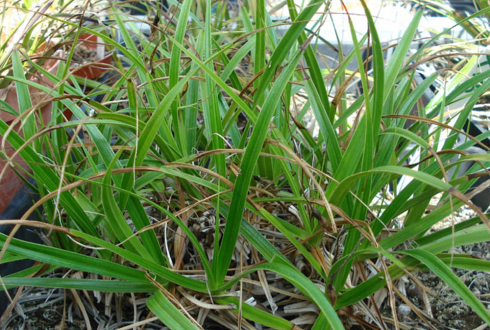 An international consortium of researchers led by Wageningen University & Research in the Netherlands, has sequenced the genome of the ‘resurrection plant’ Xerophyta viscosa. Today the team publishes the DNA sequence in Nature Plants. In their paper, the team reveals a genetic ‘footprint’ of the amazing ability of this plant to tolerate severe drought for long periods of time. The team hopes their results will contribute to a faster development of food crops that are resilient enough to cope with foreseen global climate changes.

The consortium, comprising researchers from South-Africa, the USA, Australia and the Netherlands, chose to study the ‘resurrection plant’ Xerophyta viscosa, a plant native to southern Africa, because of its amazing capability to survive complete drying.

Crops that can survive drought

Henk Hilhorst of Wageningen University & Research and leader of this research: “Food crops that can survive extreme drought are, and will be, of increasing importance. Climate change causes longer and extremer periods of drought, while at the same time the growing world population demands a dramatic increase of food production. Resurrection species like Xerophyta viscosa may serve as ideal models for the ultimate design of crops with enhanced drought tolerance.”

To understand the molecular and genetic mechanisms enabling vegetative desiccation tolerance, the team sequenced the genome of Xerophyta viscosa. Moreover, they studied changes in gene expression patterns during dehydration, in order to find genes which enable the plant to survive desiccation.

A link with genes involved in seed ripening

Maria-Cecília D. Costa and Mariana A. S. Artur of the Laboratory of Plant Physiology of Wageningen University & Research and first authors of the article, studied desiccating plants and the associated gene expression patterns. Costa: “Much to our surprise we did not find a link between genes active during desiccation and genes known for their activity during drought-induced senescence.” However, the team did find a link with genes involved in seed ripening, a process that allows seeds to survive many years of dry storage.

Costa: “This may mean that Xerophyta viscosa acquired its desiccation tolerance from ancestors that evolved genes that allow seeds to survive drying.”