Abstract
Understanding the global carbon (C) cycle is of crucial importance to map current and future climate dynamics relative to global environmental change. A full characterization of C cycling requires detailed information on spatiotemporal patterns of surface–atmosphere fluxes. However, relevant C cycle observations are highly variable in their coverage and reporting standards. Especially problematic is the lack of integration of the carbon dioxide (CO2) exchange of the ocean, inland freshwaters and the land surface with the atmosphere. Here we adopt a data-driven approach to synthesize a wide range of observation-based spatially explicit surface–atmosphere CO2 fluxes from 2001 to 2010, to identify the state of today's observational opportunities and data limitations. The considered fluxes include net exchange of open oceans, continental shelves, estuaries, rivers, and lakes, as well as CO2 fluxes related to net ecosystem productivity, fire emissions, loss of tropical aboveground C, harvested wood and crops, as well as fossil fuel and cement emissions. Spatially explicit CO2 fluxes are obtained through geostatistical and/or remote-sensing-based upscaling, thereby minimizing biophysical or biogeochemical assumptions encoded in process-based models. We estimate a bottom-up net C exchange (NCE) between the surface (land, ocean, and coastal areas) and the atmosphere. Though we provide also global estimates, the primary goal of this study is to identify key uncertainties and observational shortcomings that need to be prioritized in the expansion of in situ observatories. Uncertainties for NCE and its components are derived using resampling. In many regions, our NCE estimates agree well with independent estimates from other sources such as process-based models and atmospheric inversions. This holds for Europe (mean ± 1 SD: 0.8 ± 0.1 PgC yr−1, positive numbers are sources to the atmosphere), Russia (0.1 ± 0.4 PgC yr−1), East Asia (1.6 ± 0.3 PgC yr−1), South Asia (0.3 ± 0.1 PgC yr−1), Australia (0.2 ± 0.3 PgC yr−1), and most of the Ocean regions. Our NCE estimates give a likely too large CO2 sink in tropical areas such as the Amazon, Congo, and Indonesia. Overall, and because of the overestimated CO2 uptake in tropical lands, our global bottom-up NCE amounts to a net sink of −5.4 ± 2.0 PgC yr−1. By contrast, the accurately measured mean atmospheric growth rate of CO2 over 2001–2010 indicates that the true value of NCE is a net CO2 source of 4.3 ± 0.1 PgC yr−1. This mismatch of nearly 10 PgC yr−1 highlights observational gaps and limitations of data-driven models in tropical lands, but also in North America. Our uncertainty assessment provides the basis for setting priority regions where to increase carbon observations in the future. High on the priority list are tropical land regions, which suffer from a lack of in situ observations. Second, extensive pCO2 data are missing in the Southern Ocean. Third, we lack observations that could enable seasonal estimates of shelf, estuary, and inland water–atmosphere C exchange. Our consistent derivation of data uncertainties could serve as prior knowledge in multicriteria optimization such as the Carbon Cycle Data Assimilation System (CCDAS) and atmospheric inversions, without over- or under-stating bottom-up data credibility. In the future, NCE estimates of carbon sinks could be aggregated at national scale to compare with the official national inventories of CO2 fluxes in the land use, land use change, and forestry sector, upon which future emission reductions are proposed. 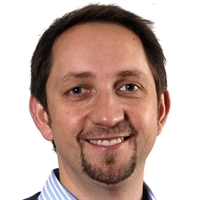