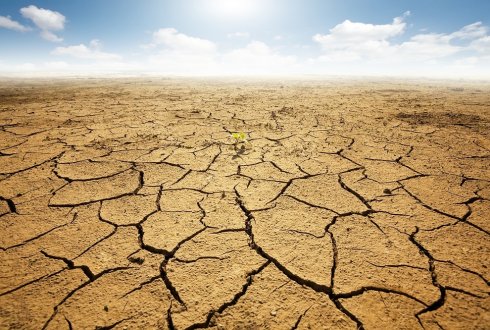 The extreme nature of the heat waves of 2003 in Western Europe and of 2010 in Russia and Eastern Europe even surprised scientists at the time. Researchers Ryan Teuling and Jordi Vilà-Guerau de Arellano from Wageningen University say that the extreme temperatures can be explained by the interaction between dry soils with the atmospheric boundary layer - the lowest part of the atmosphere. The role of this boundary layer has received too little attention in studies using existing weather models, they claim in Nature Geoscience.

The mega heat wave of August 2003 in Western Europe broke various temperature records at the time, with temperatures of 40°C in France. The economic damage was estimated at between five and ten billion euros, due to forest fires, air pollution and loss of agricultural productivity . In Paris alone, thousands died as a consequence of the high temperatures. Researchers were unfamiliar with such heat waves in Europe and thought that it was a one-off, exceptional event. At least that was the case until 2010 when new records were set, this time in Eastern Europe and Russia.

In case of an atmospheric blocking situation, soil desiccation and a build-up of heat in the atmospheric boundary layer all occur at the same time, then exceptional heat waves are possible. That is the conclusion of NWO Veni researcher Dr Ryan Teuling, assistant professor in hydrology and quantitative water management in Wageningen. The unusual atmospheric situation had previously been demonstrated to be the most important cause of the two heat waves. A high-pressure area blocked the penetration of low-pressure areas with colder air and wind. The researchers demonstrated that for both heat waves the same developments in the boundary layer conditions occurred in combination with an enhanced interaction between soil desiccation and heat accumulation in the atmospheric boundary layer. This lowest part of the troposphere is several tens to hundreds of metres thick at night, and up to several kilometres thick during the day. Over a period of several days to several weeks heat was built up in an increasingly thicker atmospheric boundary layer, helped by heat convection from more southerly situated warm areas. During this period the soil dried out even further , leading to a reduced cooling effect of water evaporation from the surface. This process was enhanced by the high temperatures. Due to cooling at night, the warm air layer became decoupled from the earth's surface, as a result of which the heat of the following day could lead to increasingly higher temperatures. The blanket of warm air above the earth's surface became increasingly thicker during the heat wave.

Teuling: ‘With this new knowledge we can make predictions about possible temperatures during heat waves. Temperatures that gradually build up to 40°C are indeed possible in this part of the world. However, sudden temperature rises to 45°C as occurred during heat waves in, for example, Melbourne are unlikely here. Therefore the distance to the Equator and to large desert areas is too great.’

The researchers made use of satellite data and measurements from weather balloons of the situation in France in 2003 and Russia in 2010. They combined these data with a coupled soil-water-atmosphere model.