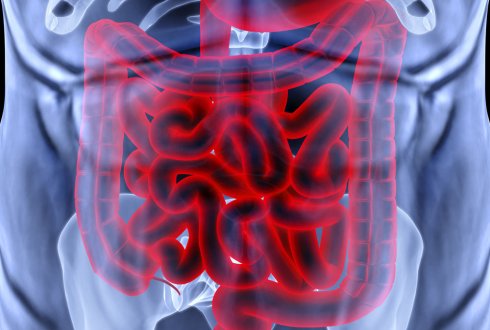 The microbial ecosystem in the human gut can switch from one stable state into another, without staying for a long time in between. Key groups of bacteria tend to be either nearly absent, or relatively abundant in any given individual. This discovery highlights fundamental organizing principles of the intestinal ecosystem and they suggest novel strategies for diagnostic purposes and therapeutic manipulation to improve well-being and health. An international research team from the University of Helsinki and Wageningen University published their findings in Nature Communications on July 8.

Diverse microbial communities thrive in the human gut, with a profound impact on our well-being. We have, however, a limited understanding of the mechanisms that control the balance of this complex ecosystem. A major question is whether the intestinal microbiota exhibits alternative stable states separated by unstable 'tipping points'. Changes in the microbial composition would then occur through abrupt switches between the alternative states, rather than by flowing gradually from one configuration to another. Such alternative stable states would be resilient to changes, hence providing promising targets for therapeutic manipulation.

The deep and robust analysis of gut bacteria across a 1,000 western adults derived from a large database at the Laboratory of Microbiology at Wageningen University (The Netherlands) demonstrates that our intestinal ecosystem exhibits such properties. The international research team from Helsinki (Finland) and Wageningen University reports multiple groups of bacteria that tend to be either very abundant or nearly absent, and robust to short-term dietary changes. The research team proposes that these bi-stable bacterial populations vary independently and their specific combinations can be used to categorize individuals. The alternative states of these bi-stable bacteria are linked to host factors such as ageing and overweight, and hence represent potential targets for diagnostic and therapeutic purposes.

While the team focused on healthy western adults, further research could show whether the alternative states of the human gut ecosystem translate into differential disease susceptibility or drug response of the host, and pinpoint further tipping elements associated with different ethnic populations, age groups and disease cohorts.