The Indian economy would greatly benefit from an improvement in food safety. Higher-income groups would gain first, but the position of lower-income groups would advance too. Although there is a growing recognition of the urgency, India fails to make the substantial investments needed to improve food safety. This is indicated by a recent study by Wageningen Economic Research.

About 100 million cases of food-borne diseases are estimated for India in 2011. Due to lack of accurate data this is almost certainly an underestimation. To foster the importance of the issue in the public debate, Wageningen Economic Research provided a rough estimate of the costs of not having an adequate food safety system. Using MAGNET, a global general equilibrium model developed at Wageningen Economic Research, the expected burden of food-borne diseases in 2030 was estimated in numbers of ill cases.

The researchers first took into account the expected population growth: more people means more cases of food-borne diseases. But according to the researchers, the expected income growth and urbanization also lead to more cases of illness if there is no change in policy. Both factors provide a shift to luxurious types of food, such as meat, fruit and vegetables, which can be labeled as 'risky foods' in India. In 2030, if the policy is unchanged, one in three people from wealthy Indian households is expected to become ill due to eating food.

Using scenario analysis, the researchers calculated what would happen if India would improve its food safety system. The analysis shows that wealthy Indians would benefit first. Although increases in the labour supply result in a decline of wages, prices for land and capital go up, which compensates the income gap of rich households. Other households also benefit because their incomes also increase, while food prices fall.

According to the researchers, a better food safety system leads to structural improvements in the Indian economy. Higher income groups perform more skilled labour and a reduction of food-borne diseases makes skilled labour-intensive sectors, such as public and private services, more competitive. Because the costs of skilled labour decrease, government services become more accessible for people. Cheaper health care, education and other services mean that from the same income, poorer households can enjoy more.

This applies not only to healthcare, but also, for example, to education and sanitation. The study shows that investments in food safety will have a positive effect on India’s GDP, which is expected to rise by $28 billion, a growth of 0.5%. This is a conservative estimate, because the total number of food-borne diseases in India is probably much higher than the available data show.

Diet transformation can be jeopardized

If investments in food safety are to be excluded, this could lead to immense economic costs, according to the researchers. Where the transformation from staple foods to more nutritious foods like meats, fruits and vegetables provide positive health effects elsewhere in the world, this transformation can be jeopardized in India.

If the Indian food safety remains poor, the high risk of falling ill from consuming meats and vegetables will prevent households from making the diet transformation even though they have enough money to afford consuming more luxurious goods. Households can simply refuse to eat these risky types of food. Therefore investments in food safety are needed. A slowdown of the diet transformation can lead to poverty, malnutrition, obesity and a delayed development of the Indian food sector.

Of course, the benefits of food safety are much broader than those quantified by economic models. Other benefits are, for instance, improved well-being and a reduced child mortality and morbidity, which positively effects school performances, birth and fertility rates. 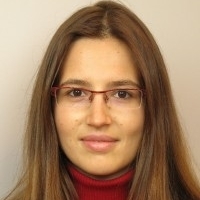 Do you have a question about boosting the economy? Ask our experts: Z (Zuzana) Smeets-Kristkova PhD
Contact form + Show more (1)