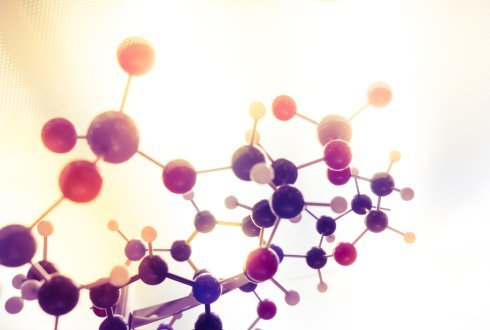 The thesis, with nine experimental chapters, describes his work on developing tools for genetic mapping in polyploid crops. It formed part of a TKI Topsector-funded consortium in which twelve companies participated.

Polyploids are a large and diverse group of organisms that are characterised by having more than two copies of each chromosome. Well-known crops like potato, wheat, cotton, coffee, sugarcane, rose and strawberry all fall under the heading of "polyploid", and many more besides. Despite their agricultural and economic importance, polyploids have remained relatively unaffected by the application of genotyping technologies, mainly because of the difficulties encountered when using genotyping technologies on material for which it was not designed, but also because it is far more complicated to make sense of the data that is generated, as polyploids may carry multiple different alleles for one gene.

With the new methodology, which has been implemented in software packages, it is now possible to accurately score genotyping data for polyploids of any copy-number (from triploids (3x) and tetraploids (4x) to the more complex hexaploids (6x) and octoploids (8x)). Once marker data has been generated and scored, it can then be used in the genetic analysis of key agricultural traits, helping to identify markers that are located close to genes of interest for breeders. One of the key bridges between markers and traits are genetic maps (also called linkage maps), allowing a breeder to plot the location of genes rather than selecting on markers alone. Polyploid linkage maps have now been generated for potato (4x), rose (4x), chrysanthemum (6x), kiwifruit (in this case 4x) and blueberry (4x). The tetraploid rose maps have already been used for the genome sequence of rose.

The prize is for Peter Bourke's research on this highly complex topic, which includes two software packages, one for linkage mapping and one for QTL mapping in polyploid cross populations. He has given lectures about linkage mapping and polyploid genetics at the Hogeschool Arnhem Nijmegen and for an MSc Plant Breeding course in LaSalle, Beauvais, France, and given oral presentations at the Plant & Animal Genome Conference in San Diego in 2016 and 2019. During his thesis research he has collaborated with international groups including BioSS, Scotland; INRA, France, and Crop and Food Research, New Zealand.

The Hugo de Vries Award is a yearly price of 5000 euro for the best botany related Ph.D. thesis defended in that year at a Dutch university. The award is a shared initiative of both the Royal Botanical Society and the Hugo de Vries Foundation.