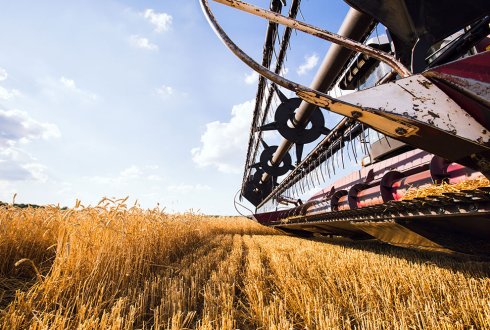 Together with a number of European partners, RIKILT Wageningen University & Research is developing an electronic toolbox that can be used to predict mycotoxin contamination in grain at an early stage.

Climate change will likely result in increased contamination of grain with mycotoxins (toxins from fungi). Early prediction of the growth of these fungi can help farmers make effective choices regarding the use of fungicides, the best harvest time and other aspects. This strategy can reduce the risk of crop failure and help to prevent contamination of food and feed with mycotoxins.

The e-toolbox is part of the European project MyToolBox. The aim of the project is to develop a toolbox that enables parties in the entire grain production chain – from arable farmers to feed and food processing companies – to acquire customised advice about management and control of mycotoxins.

Reduce the intake of mycotoxins through food and feed

MyToolBox is being developed by scientists, engineers and IT specialists from 23 government agencies, scientific institutions and industrial organizations from 11 countries. The goal of this collaboration is to reduce the intake mycotoxins from food and feed and save tens of millions of euros annually by limiting crop failure.