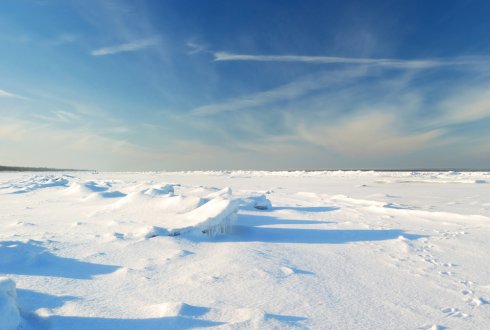 Were historical warm periods driven by higher greenhouse gas levels, or did the gas increases arise from a warmer climate, or both? A study published in the journal Nature Climate Change this week provides direct evidence for a causal relation between the Earth temperature and greenhouse gases, confirming a positive feedback in global warming.

We have known for a while that the Earth has historically had higher levels of greenhouse gases during warm periods than during ice ages. However, it had so-far remained impossible to discern cause and effect from the analysis of information (in encapsulated gas bubbles) contained in ice cores.

An international team of researchers led by Egbert van Nes from Wageningen University (Netherlands) now used a novel mathematical insight developed to have a fresh look at the data. The analysis reveals that the glacial cycles experienced by the planet over the past 400,000 years are governed by strong internal feedbacks in the Earth system. Slight variations in the Earth orbit known as Milankovitch cycles, functioned merely as a subtle pacemaker for the process. In addition to the well understood effect of greenhouse gases on the Earth temperature, the researchers could now confirm directly from the ice-core data that the global temperature has a profound effect on atmospheric greenhouse gas concentrations. This means that as the Earth temperature rises, the positive feedback in the system results in additional warming.

“A fundamental insight by George Sugihara from the USA on how one can use observed dynamics in time series to infer causality caused a big splash in the field,” explains Egbert van Nes. “It immediately made us wonder whether it could be used to solve the enigma of the iconic correlated temperature and gas history of the Earth.”

Indeed this riddle has proven hard to solve. A slight lead of Antarctic temperature over CO2 variations has been argued to point to temperature as a driver of CO2 changes. However, more recent studies cast doubt on the existence of a significant time-lag between CO2 and temperature.

“It can be highly misleading to use simple correlation to infer causality in complex systems,” says George Sugihara from Scripps Institution of Oceanography (USA). “Correlations can come and go as mirages, and cause and effect can go both ways as in kind of chicken and egg problem, and this requires a fundamentally different way to look at the data.”

As direct evidence from data has been hard to achieve, Earth system models are used as a less direct alternative to quantify causality in the climate system. However, although the effects greenhouse gases on Earth’s temperature are relatively well understood, estimating the actual strength of this effect is challenging, because it involves a plethora of mechanisms that are difficult to quantify and sometimes oppose each other.

“Our new results confirm the prediction of positive feedback from the climate models,” says Tim Lenton, a climate researcher from the University of Exeter (UK). “The big difference is that now we have independent data based evidence.” 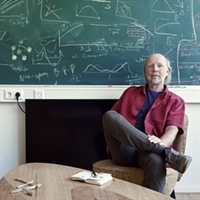