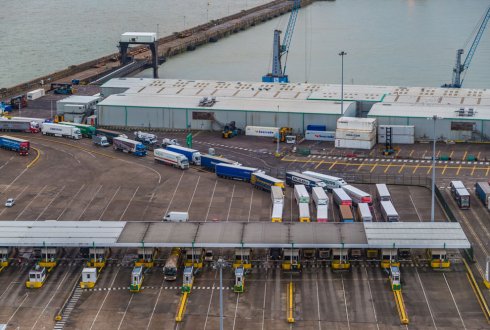 Even after Brexit, the United Kingdom (UK) will continue to be an important market for the Dutch agricultural sector. However, the matters remain of finding alternative markets and handling the organisation of formalities regarding taxes, customs, and inspections in order to keep trade costs as low as possible. These are the findings from a study at Wageningen Economic Research into the potential effects of Brexit.

The UK is an important market, specifically for Dutch poultry, flowers, vegetables, and fruit. Furthermore, significant streams of raw materials imported from other countries are sold to British consumers after being processed in the Netherlands. In 2017, the British market made up 9% of total Dutch agricultural exports.

This report contains an estimation of Brexit’s impact on the agricultural trade position of the Netherlands, specifically with regard to meat, dairy, and vegetables. This estimation was based on two potential extreme trade scenarios that simulate the future trade relationship of the EU with the UK. Both scenarios assume that the UK will no longer be a part of the internal EU common market. In the free trade agreement (“soft Brexit”), there will be no import tariffs, but customs formalities must be handled. In this scenario, Dutch export volume to the UK and the rest of the world will change very little.

A hard Brexit, where there would be no agreements between the EU and the UK regarding a new trade relationship, would have consequences for Dutch exports. In this scenario, agreements made within the WTO would be used and trade would be hindered by import tariffs and higher trade costs.

As a result, the export of poultry, beef, and dairy to the UK would decline. The export of pork and tomatoes to the UK would increase slightly due to the Dutch capacity to price its products more competitively for the British market and the stronger price reactions of production as well as export in other EU member countries.

All in all, the total export value of the Dutch agricultural sector will decline in the event of a hard Brexit. This will translate into a decrease in the total agricultural production value by roughly 2% (about 500 million euros). This decrease will primarily be caused by lower prices resulting from pricing pressure on the European market if Brexit disrupts trade with the UK.

Based on model simulations

The results of this WUR study are based on model simulations which are affected by the assumptions and limitations in the model. In this way, the model used is price driven, while in reality, trade also takes place on the basis of differences in quality and specific product specifications (such as for pork or cheese). It was also assumed that British standards, e.g. with regard to food safety or animal welfare, will not differ from European ones.

Furthermore, the scenarios do not take British trade agreements with non-EU countries into account (e.g. the US) and the assumption was made that existing tariff quotas (preferential import) are entirely to the benefit of the EU. Finally, it was assumed that customs formalities would be handled smoothly. The latter point still requires significant investment in systems and human resources from both the British and Dutch/EU sides.

Specifically, this may lead to significant changes in the export handling processes of businesses that still have no experience with exporting to non-EU countries. With these uncertainties in mind, the study emphasises that the sector must continue its search for new markets.