Emeritus Professor Soil Science Johan Bouma will be awarded the prestigious Von Humboldt Medal by the European Geosciences Union in Vienna this April 2017.

This prestigious medal is awarded every year to an earth scientist, whose science has significantly contributed to the people in developing countries.

“Professor Johan Bouma receives the EGU Von Humboldt Medal for his extraordinary achievements to get common soil science knowledge into practise for farmers in developing countries” as stated by Saskia Keesstra (SLM) who nominated Prof. Bouma for this medal. Read more (in dutch) on intranet. 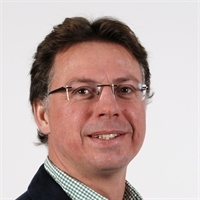