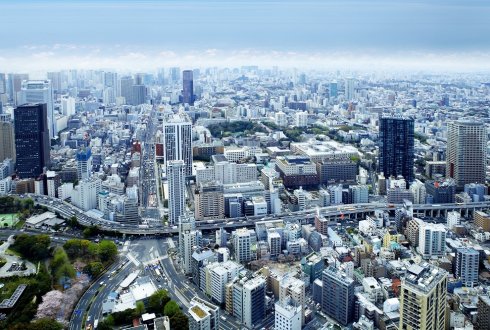 The Amsterdam City Executive and the Executive Boards of TU Delft and Wageningen University & Research have reached agreement on the establishment of the Amsterdam Institute for Advanced Metropolitan Solutions (AMS), which will specialise in applied urban technology and design.

The parties are expected to sign the contract after it has been discussed in the Amsterdam City Council. This marks the end of an intensive period of contractual negotiations and the start of a new phase, in which the academic partners TU Delft, Wageningen University & Research and Massachusetts Institute of Technology (MIT) can move forward with all of the public and private AMS partners in establishing the institute.

In the coming months, the institutes involved will be developing the academic programmes. MIT, together with several companies, such as Shell, will also be involved in this.

The institute in Amsterdam will cover areas very close to the research conducted at TU Delft and Wageningen University & Research. “We have a strong interest in more wide-ranging urban systems, often in a multidisciplinary context. This is why the alliance with Wageningen University, MIT and all the other partners offers such a wonderful opportunity,” says TU Delft President Dirk Jan van den Berg. “Our teaching, focusing on the challenges faced by the major cities, is also being given a boost by the advent of the new institute. The institute’s emphasis on practical application, combined with the city of Amsterdam as a Living Lab, guarantees this. Expectations are also high with regard to the possibilities for valorisation. Once fully up and running, in four or five years the institute will have become a leading global centre specialising in the challenges facing major cities.”

Aalt Dijkhuizen, President of Wageningen University & Research: “Major urban conglomerations face challenges that can be solved separately, but a cohesive approach can make a real difference. The new institute will be based on this. By bringing together the knowledge, sharing experiences and devising shared solutions which are then tested in practice, we will create something unique in the world. From Wageningen, the main area of input involves knowledge of how to increase quality of life in urban environments and how to deliver a daily supply of food to the urban population, but above all knowledge of the economic cycle involving water, energy and waste. Our international network and relations with business and industry will prove extremely useful for that.”

“Amsterdam has been at the forefront of urban innovation for centuries”, says Carlo Ratti, director MIT-Senseable City Lab. “At our Lab we are very excited about the AMS collaboration. The AMS project has generated interest from many parts of MIT - from the School of Architecture and Planning, to the Department of Civil Engineering to the Computer Science and Artificial Intelligence Lab to the Engineering Systems Division. A truly trans-disciplinary endeavour.”

In the period ahead, the institute will gradually begin to take shape. It aims to become part of the Dutch capital’s scientific and academic infrastructure and is likely to be based at the Amsterdam Science Park in the future. Firmly rooted in the city of Amsterdam as a Living Lab, research will be conducted there and at our partner institutions elsewhere. A curriculum is also under development and is expected to be launched on a small scale in the autumn of 2015, ultimately growing to accommodate around 200 AMS Master’s students by 2020.