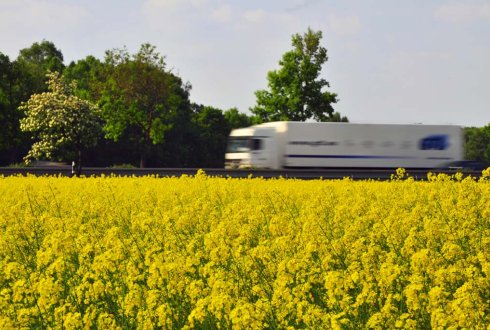 The Biobased Economy develops faster in the USA than in Europe: this was the conclusion of economist Hans van Meijl (LEI) after the conference of the European Association of Agricultural Economists (EAAE) in Ljubljana in late August. While Americans are mainly guided by economy and geopolitics, European policymakers are more concerned with the longer term social consequences.

Economists at the EAAE conference discussed the differences between Biobased Economy-related policies in the EU and the US. “A major variance is the ‘Food versus Fuel’ debate, which plays a much smaller role in the plans of the US government,” says Van Meijl. “Higher food prices and lower oil prices are beneficial for the American trade balance as the US is a net exporter of food and importer of oil. Bio-fuels are also in line with the Obama government’s ambition to become less dependent on the Middle East and Russia.”

According to Van Meijl, this discussion plays a much larger role in Europe. “There is a serious debate as nature and development aid organisations (among others) are worried about whether bio-fuels could lead to higher food prices and increasing pressure on nature areas. The European Union therefore scaled down its most recent plans to blend an obligatory ten percent of bio-fuel in 2020 to just five percent for food-based bio-fuels.”

Commissioned by the EU, Van Meijl is now working on an analysis framework focused on the social consequences of the Biobased Economy. He believes that European policymakers are concerned that a scenario might develop similar to the genetic modification of agricultural crops, when public resistance grew so large that the technology was practically banned in Europe. The prevailing conviction in Europe is that the subject should be approached from an integrated perspective if a good transition to a Biobased Economy is to be achieved.

“LEI Wageningen UR has designed an analysis framework with indicators that allows us to analyse the economic consequences of the Biobased Economy as well as the ecological and social effects,” says Van Meijl. A proper analysis of the social impact should ensure sufficient support for the Biobased Economy. Incidentally, critics are mainly focused on the use of bio-fuels and bio-energy within the Biobased Economy. The goal of using more biobased materials is much less controversial.

Joint investments in a strong economy and society

The EU is making considerable investments in the development of biobased materials, and has reserved one billion euros to stimulate the construction of production facilities. This should enable Europe to actually make a start on establishing a Biobased Economy. The Biobased Industries Consortium (BIC), with members that include DSM, Corbion and Unilever, has promised to add another three billion euros. Van Meijl: “It is vital that the industry illustrates the serious contribution it can make to the Biobased Economy, strengthening the industry itself as well as European society.”

This article appeared in Wageningen UR's Biobased Economy newsletter. Enter your email address in the box below if you would also like to receive this newsletter.