An article of Jaap-Willem Sjoukema, Arnold Bregt and Joep Crompvoets: Evolving Spatial Data Infrastructures and the Role of Adaptive Governance, has been published in the ISPRS International Journal of Geo-Information, 2017, 6(8), 254.

Abstract
Spatial data infrastructures (SDIs) are becoming more mature worldwide. However, despite this growing maturity, longitudinal research on the governance of SDIs is rare. The current research examines the governance history of two SDIs in the Netherlands and Flanders (Belgium). Both represent decades-long undertakings to create a large-scale base map. During these processes, SDI governance changed, often quite radically. We analyse written accounts from geo-information industry magazines to determine if the SDI governance of these two base maps can be considered adaptive. We conclude that SDI governance was adaptive, as it changed considerably during the evolution of the two SDIs. However, we also find that most governance models did not hold up very long, as they were either not meeting their goals, were not satisfying all stakeholders or were not in alignment with new visions and ideas. In recent years, the policy instruments governing these base maps became increasingly diverse. In particular, more hierarchical instruments were introduced. Indeed, governance scholars increasingly agree that governance can better respond to changes when a broader mix of policy instruments is applied. Alas, this does not make SDI governance any less complex. 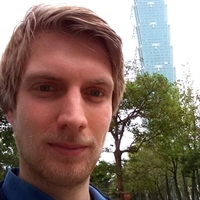