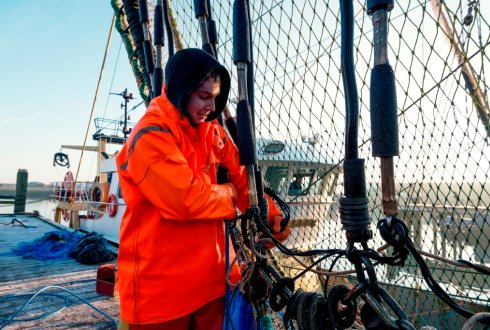 With a reconstruction on the introduction of the pulse trawl fishery in the North Sea, Researchers from Wageningen UR demonstrate how the acceptance of new fishing techniques requires detailed ecological and technical research. At the same time, however, it requires a good understanding of the social context in which the fishery operates. Their research was published in the ICES Journal of Marine Science at the 1st of February.

The Dutch North Sea fishing fleet has undergone a tremendous change over the past decade. The majority of North Sea sole (Solea solea) is currently caught with the pulse trawl technique instead of traditional beam trawls. The pulse trawl is an innovative fishing technique that uses electricity instead of iron chains in order to get flatfish from the seafloor into the net. This fishery is allowed under a temporary derogation from the general prohibition to fish with electricity in EU waters. This ban was imposed in 1988 because of fears of a rapid, uncontrolled increase in efficiency, thereby potentially resulting in overfishing.

The enormous fuel savings (+/- 50%) and the reduction in unwanted bycatch and seabed disturbance compared to the beam trawl, has made the pulse trawl a popular fishing gear amongst Dutch fishermen during the last couple of years. Beam trawling has been heavily criticised for its emissions, bycatch rates and seabed disturbance. Currently there are no more concerns on the fish stocks in the North Sea, because these are well managed.

The improved results obtained with the pulse trawl gave the Dutch government the impetus to push for a permanent authorization of this technique within the EU. In doing so Dutch fisheries would also gain the right to permanently implement the gear. This ambition has been met with opposition from policymakers and industry in Europe. Questions therefore persist about why the pulse trawl has met with such opposition and why it costs so much effort for this innovative fishing gear to become accepted within the EU.

In order to answer these questions, researchers from Wageningen University looked into the transition process of the pulse trawl, which began in the 70s, from 1988 onwards. They used the multi-level perspective theory of transitions as their analytical framework. In addition, they interviewed all persons who have played a role in the development and application of the pulse trawl.

The study concludes that the acceptance of new fishing gear does not solely depend on technical and environmental aspects, such as catchability, impact or is efficiency. The social and political context in which a new fishing technique should operate is also of great importance for the acceptance of new fishing gear. The pulse trawl, which is developed in the Netherlands, needs to be accepted by other EU Member States in order to lift the ban on electric fishing. These countries should be included in the transition process and this was done inadequate in the past. The analysis shows that the Dutch government, urged by politics and industry, has strongly pushed the pulse trawl, leading to additional resistance from other Member States. This resistance was partly based on competitive motives. Since 2015, more attention has been paid to other countries and stakeholders, which are now being well informed about conducted research and involved in the drafting new research. 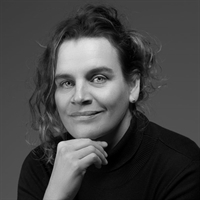 The most important events in the development of the Pulse Trawl in a timeline, from 1970 until now.

The most important events in the development of the Pulse Trawl in a timeline, from 1970 until now.