Researchers from Animal Breeding and Genomics from Wageningen University & Research (WUR) and Topigs Norsvin identified several regions on the pig genome to be associated with early lethality, responsible for a significant fraction of the stillborn piglets (‘mummies’). They published their findings in the BMC genomics journal. The results from this study will help to lower the amount of stillborn piglets by avoiding matings producing affected or non-viable progeny, demonstrating its value for current breeding programs and animal welfare.

Lethal genetic variation is present in every population. However, identification of such variation is often difficult because of the low-frequency nature and because the presence of embryonic lethal variation could only be measured indirectly through reduced fertility of the parent animals. In theory, when a monogenic recessive lethal variant leads to very early death of the developing embryo, a loss of 25% of each litter is expected if two carriers of a lethal variant mate. In this study, the researchers aimed to identify regions on the pig genome associated with both early and late termination of development during gestation in pigs. To do this, they applied a method that systematically scans the genome for regions that harbour lethal variation supported by reduced fertility for carrier animals.

In this study, three purebred pig breeds were examined and candidate lethal variation was found in each of the breeds. For one specific variant, we found strong evidence from carrier matings that homozygous foetuses become mummified, as they die mid-gestation. In mammals, death of an embryo or foetus usually does not result in spontaneous termination of the pregnancy, when also carrying living young. Instead, foetuses go through a process of desiccation and encapsulation, known as mummification.

The results from this study confirm the existence, relative rarity, and severe effects on fertility of lethal genetic variation in highly managed livestock populations. However, all of the deleterious variation identified is breed specific, and therefore do not have phenotypic consequences in the crossbred production animals. Finally, this study will help to avoid risk-matings producing non-viable progeny, demonstrating its value in current pig breeding programs. 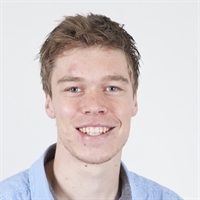