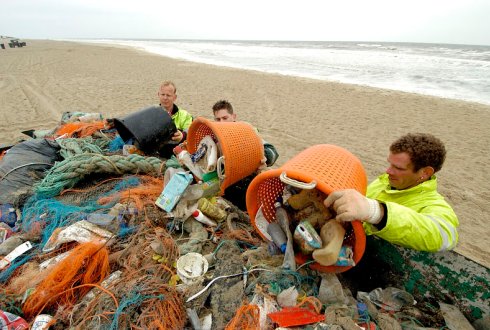 The concept of 'harm' is hard to define when it comes to detrimental effects of plastic waste in the marine environment. Wageningen Marine Research joins in a European advisory group report to support governments in their decision-making.

The European Marine Strategy Directive (MSFD) describes its desired ‘Good Environmental Status (GES)’ by the year 2020 for marine litter as the situation where quantities and properties of marine litter ‘do not cause harm’ to the coastal and marine environment.

The environment is broadly viewed in this definition and considers not only marine life, but includes socio-economic aspects such as tourism, fisheries and cleanup costs. However, it is highly complicated to define ‘no harm’.

A European advisory group, in which Wageningen Marine Research participated, has written a report dedicated to the issue of harm in order to provide guidance to policy makers in their decision making.