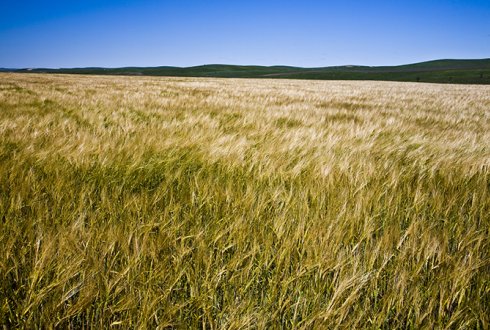 China would do well to reform its agricultural practices in the light of the ongoing effect on water resources. Intensified farming and increased application of fertilisers seem to be among the causes of a decline in soil moisture in Northern China. This is the conclusion of research carried out by Ryan Teuling from Wageningen University. His findings recently appeared in Scientific Reports, a journal published by Nature Publishing Group.

Northern China is one of the most densely populated regions in the world. Agricultural activities have intensified since the 1980s to provide food security to the country. However, studies indicate that the region is showing the greatest decline in available soil moisture in the world. Ryan Teuling joined researchers from China, the United States and the Universities of Gent and Amsterdam to analyse large volumes of satellite data obtained in the period 1983-2012. This project, headed by Yaling Liu from the Agricultural University of Beijing, examined the changes in the hydrological cycle of the area.

“Our conclusions are somewhat surprising,” says Ryan Teuling. “A decline in soil moisture is often linked to climate change, i.e. changes in temperature and precipitation. However, something else is going on here. We found a clear connection between the decline in the volume of soil moisture and the increase in farming in the area. It would seem that increasing the area devoted to agriculture (with crops that require a lot of water, such as maize) and applying large amounts of fertiliser to increase food production, are having a serious impact on the moisture available to the soil. The impact is, in fact, greater than that of climate change.”

Experiments with different amounts of fertiliser were also carried out in the region. These experiments also showed a serious effect on evaporation (more biomass means more evaporation), which could make a difference of 100mm per season. The researchers think that the subsequent dehydration is probably playing a role in the reduction in water flowing through the local major rivers, such as the Yellow River.

This is the first time that a clear link has been established between intensified farming practices and changes in the hydrological cycle on a regional scale. Ryan Teuling: “China would do well to explore alternative forms of agriculture, which meet the immediate demand for food, without seriously compromising future water resources. The current system will ultimately jeopardise food security in the area.”