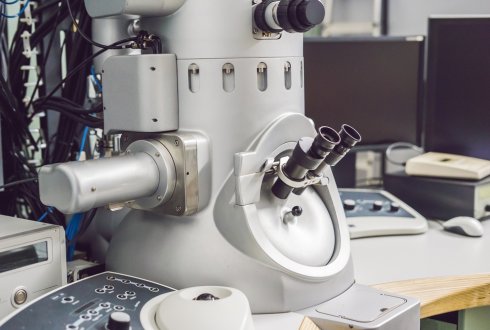 The overarching aim of the infrastructure project IBISBA (Industrial Biotechnology and Synthetic Biology Accelerator, www.ibisba.eu) is to provide a novel environment that will accelerate the production of knowledge and the applications in industrial biotechnology. Building on scientific and technological excellence and synergy with industry partners, IBISBA will generate proofs of concept prototypes, new methods and standards and create an environment for the training of tomorrow's industrial biotechnology professionals.

IBISBA entered into a preliminary building phase in 2014 and has since been the focus of collective planning and concept building, performed by fourteen partner organizations, located in nine European member states. In 2017, French government authorities working with the IBISBA consortium submitted the IBISBA candidature to ESFRI. This candidature received strong political support of Finland, Italy, Spain, the Netherlands and Greece and was backed by leading European research organizations in Belgium, Germany and the United Kingdom. Recognition of the importance of the IBISBA project by ESFRI is an important step in the project's trajectory, since it confirms the scientific excellence and the strategic pertinence of the concept. Moreover, ESFRI recognition opens up a new development that will allow IBISBA to create services that aim to accelerate the preindustrial R&D phases of bioprocess development, thus supporting industrial biotechnology and promoting its role as a key enabling technology of the bioeconomy.

Industrial biotechnology, a cornerstone of the bioeconomy

It is widely recognized that Industrial Biotechnology is a Key Enabling Technology for the bioeconomy transition. This is because biocatalysts (enzymes, microorganisms, algae, ) are exquisitely adapted for the conversion of biobased resources into a wide range of commercial products. Moreover, unlike chemical catalysts, workhorses of the petrochemical industry for the conversion of fossil-resources, biocatalysts handle oxygen-rich biomolecules, operate in aqueous conditions and in moderate (in terms of temperature and pH) reactions conditions. Furthermore, when used alone or in synergy with chemical catalysis, industrial biotechnology holds the potential to address many of society's needs, converting biobased raw material into fuels, chemical building blocks, materials, cosmetics and pharmaceutical ingredients, and providing solutions, for example, for recycling, nutrition and transport.

The founding partners of IBISBA

The origins of the IBISBA infrastructure project are diverse and draw upon Europe's rich landscape of scientific and technological infrastructure focused on industrial biotechnology. IBISBA also draws upon the experience of longstanding players in Industrial biotechnology, developing R&D in systems and synthetic biology, and in bioprocess and chemical engineering. Many of the partners are universities, but others are RTOs and research organizations. Together they combine a wide range of knowledge, significant infrastructure capability and a track record of successful synergy with private sector partners.

UNLOCK - Part of the IBISBA infrastructure node in The Netherlands (headed by the Wageningen University & Research, WUR) builds upon the NWO-supported facility UNLOCK, which provides a unique platform for breakthroughs in the application of mixed microbial cultures. It thereby provides the means to solve some of the major societal challenges facing food, bio-resource utilization and sustainable production of plug-in commodity chemicals by the biotech industry, safety and production, human, animal and environmental health. UNLOCK facilitated to experiment innovative schemes involving public-private partnership and to launch several major R&D projects in the area of industrial biotechnology. Two of these are EmPowerPutida and SafeChassis.

EmPowerputida – An international consortium of 5 academic and 5 industrial partners (including large companies such as BASF and Lucite) joined forces to develop, through Synthetic Biology, a robust platform for the generation of versatile, high performance microbial chassis directed for the tailored, sustainable biotechnological production of bulk and specialty chemicals.

SafeChassis –This project deals with assessment of risk and develops technical safeguards to limit environmental, health and safety effects of such industrial microbial platforms. The project is unique in engaging with a broader-than-typical array of stakeholders at the front end of the project and its embedding in a strong Research Responsible Innovation framework.

WUR, together with a large variety of industrial, academic and governmental stakeholders has been long engaged in industrial biotechnology for the design, implementation and upscaling of many bioprocesses. These include tailored and sustainable production of biopolymers, organic acids, biofuels, nutraceuticals, pharmaceuticals and biomaterials. Altogether, it has been contributing strongly to various Sustainable Development Goals (), in particular regarding to a shift from petrochemical-based to a biobased economy, industrial innovation, efficient use of resources,  clean environment and health and well-being. Through the infrastructure it provides for research and development, IBISBA will strongly boost the contributions of Wageningen University & Research to these goals.