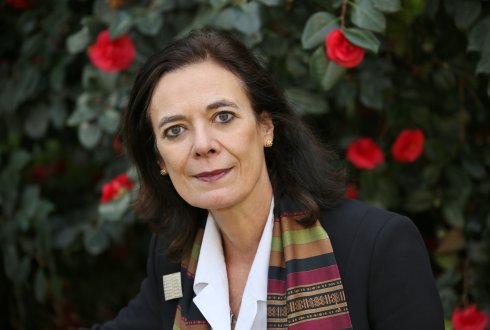 A coalition of 30 leaders, including Wageningen UR president Louise Fresco, has announced they aim to accelerate the progress toward meeting Target 12.3 of the UN Sustainable Development Goals (SDGs). This target seeks to halve per capita food waste and reduce food losses by 2030.

The leadership group Champions 12.3 announced their new effort to inspire ambition and mobilize action to reduce food loss and waste globally at the World Economic Forum in Davos, Switzerland, on 21 January.

Between farm and fork

Globally, a third of all food is lost or wasted between the farm and the fork. Reducing food loss and waste can be a triple win: It can save money for farmers, companies, and households; wasting less can feed more people; and reductions can alleviate pressure on climate, water, and land resources. According to the Food and Agriculture Organization of the United Nations (FAO), food loss and waste amounts to $940 billion in global annual economic losses. Lost and wasted food consumes about one quarter of all water used by agriculture, requires cropland area the size of China, and generates about 8 percent of global greenhouse gas emissions.

The Champions include CEOs of major companies, government ministers, and executives of research and intergovernmental institutions, foundations, farmer organizations, and civil society groups. These leaders will work to create political, business and social momentum to reduce food loss and waste around the world.

Today’s announcement takes place during the World Economic Forum meeting in Davos, Switzerland, alongside the launch of “YieldWise” by The Rockefeller Foundation. YieldWise is a seven-year, 130 million US dollar initiative to demonstrate how food loss and waste can be cut in half globally. The Foundation’s President, Dr Judith Rodin, is also a Champion.

Champions 12.3 will complement and build upon ongoing successful UN programs to reduce food loss and waste including SAVE FOOD and Think.Eat.Save, efforts such as EU FUSIONS (a project Wageningen UR is involved in) and the global Food Loss & Waste Protocol, private sector action like the Consumer Goods Forum’s Food Waste Resolution, and other initiatives.

The Champions effort supports the UN Sustainable Development Goals adopted in September 2015. SDG 12 seeks to ensure sustainable consumption and production patterns. Target 12.3 specifically aims to halve per capita global food waste at the retail and consumer level, and reduce food losses along production and supply chains, including post-harvest losses, by 2030.

Inspired by the “No More Food to Waste” conference in The Hague in June of 2015, the Government of the Netherlands formally called for the coalition’s formation in September 2015, and is providing secretariat support for Champions 12.3, along with World Resources Institute.

See the full list of champions and get more information at: www.champions123.org.