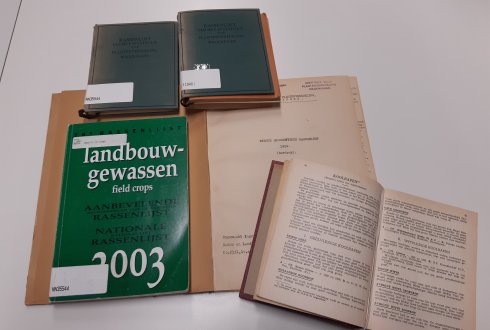 All editions of the 'Rassenlijst', from 1924 to 2007, have been digitised by the back office of WUR Library. The lists with Dutch field crop varieties are stored in the Wageningen University and Research e-depot and are available to everyone.

In 1924, the Institute of Plant Breeding published the first descriptive list of the varieties of field crops in the Netherlands. After its frist publication the list was annually updated. After 1941, new varieties could be added to the list only by following the principles in the Plant breeder's decree from 1942.

The 'Rassenlijst' was published annually from 1924 to 2007 and by several institutes over the years. After the Institute of Plant Breeding, the Dutch Ministry of Agriculture commissioned the IVRO and the CPRO to publish the list. All years of the Rassenlijst are now digitally available.