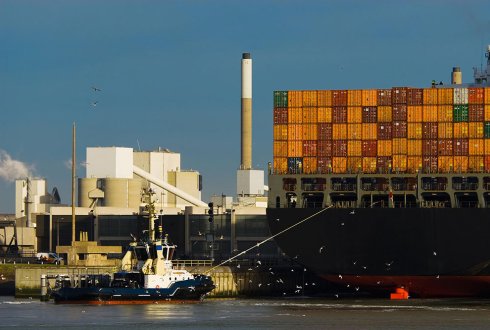 In 2015, the Netherlands again exceeded the previous year’s exports of agricultural products. Total exports in 2015 amounted to 82.4 billion euros. Compared to 2014, this is an increase of 700 million euros ( almost 1 percent). Within the European Union, Germany continues to be the most important trading partner. This was announced by the Minister for Agriculture, Martijn van Dam, at the Grüne Woche international agricultural fair in Berlin. The figures being presented here are estimates prepared by LEI Wageningen UR. The final export figures will, as always, be published in the summer. Agricultural exports represent 18.8 percent of total Dutch exports, which amounted to 438 billion euros in 2015.

Minister Van Dam points out that: “The Netherlands has once again lived up to its reputation as one of the world’s largest exporters of agricultural products, second only to the United States. We must make every effort to retain this leading position. This will only be possible if we continue our efforts in the areas of knowledge development and innovation. There are some exemplary innovative farms in the Netherlands. For instance, four of the largest plant seed producers are based in the Netherlands. The Netherlands is also a leader when it comes to the export of milking robots. These are all examples of innovations in which the rest of the world is enormously interested.’’

The Grüne Woche is the world’s largest international trade show for agriculture, horticulture and food. Sixty-eight countries are participating this year, and about half a million visitors are expected. The Netherlands has been represented at this fair since 1953, longer than any other foreign country. Many sectors of the agricultural, horticultural, fisheries and food industries are represented at the Dutch pavilion.