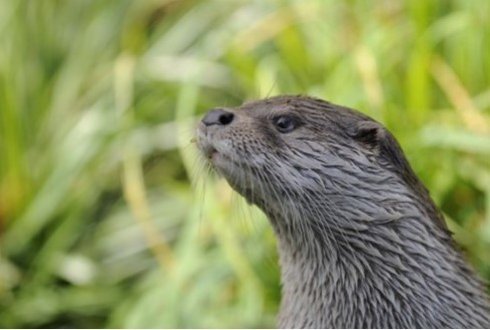 After the otter became extinct in the Netherlands in 1988, a programme for re-introducing otters has been implemented since 2002. The data found during the winter of 2018/2019 show that the population is growing steadily in numbers as well as in habitat. Unfortunately, the number of road kills is also climbing.

Increase of the population

The otter managed to spread over a large part of the Netherlands, especially the northern part. Genetic research revealed that around 360 otters were living in this country on 1 October 2018. The largest part of the otters stay in Overijssel, Friesland, Flevoland and Drenthe. Smaller numbers exist in Gelderland, South-Holland, Groningen and North-Holland. Only for Utrecht, Zeeland, North-Brabant and Limburg distribution is not (yet) known.

Otters can cover large distances, when they start roaming. A number of those migrant otters gets killed by traffic. Reports on otters from the South of the Netherlands mainly involves roaming or killed animals. In 2018 almost one hundred dead otters were reported as road traffic victim. A clear relationship exists between the number of road-kills and the estimated size of the otter population. The larger the population, the more otters will be killed by traffic. Despite the high number of road kills, otters have been capable of spreading their presence. At least one otter has, for example, managed to settle near Antwerp in Belgium. Germany has also reports of an occasional otter from the Netherlands.

Exchange of data with Germany is important, when aiming at a sustainable settlement of the otter in the Netherlands. The Dutch population has a narrow genetic basis, which makes it sensitive to the negative effects of inbreeding. Such an impact can be prevented with an exchange of otters from the much larger German population. Although over the past few years some otters from Germany entered this country spontaneously, these numbers remain still quite small. This is caused by an extended barrier in the landscape of the west of Germany, that made it into an unfit habitat. Attention should also be payed to mitigating measures to lower the number of casualties on Dutch roads. Another point of attention is the need to prevent drowning by otters in (illegal) fishing nets. Mortality of otters can be lowered with the use of so called stop-grids, letting fish in the nets but blocking an otter.

The reintroduction has been carried out since 2002 by Wageningen Environmental Research (WENR), commissioned by the Ministry of Agriculture, Nature and Food Quality. WENR is managing the genetic monitoring of the Dutch otter population. This form of monitoring is, since 2014, included in the Statutory Research Tasks Nature & Environment (WOT). The Zoogdiervereniging, Dutch Mammal Society, assists in monitoring the otter as a measuring programme within the Network Ecological Monitoring (NEM), together with volunteers of the otter and beaver working group (CaLutra) of the Zoogdiervereniging. WENR is working together for the genetic monitoring with Niewold Wildlife Infocentre, while a large number of volunteers help collect spraints/droppings. Spraints are used as samples that, just like otter carcasses, are used to determine DNA profiles. Information on genetic variation within the population and possible exchange with populations on the German border, can produce an outline of the size of the Dutch otter population.

Report (with summary in English)