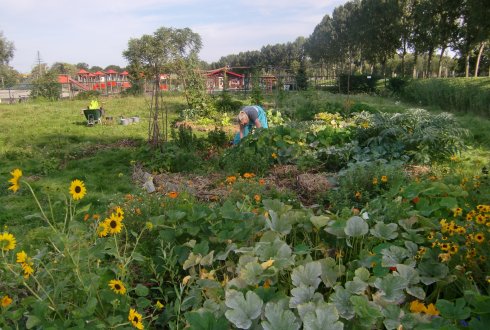 Park design between community and professinals: the Wollefoppenpark in Rotterdam. The idea for writing this paper, written by Marlies Brinkhuijsen and Marinke Steenhuis, came to them after an excursion for the course Reflections on Planning and Design Practices.

The Zevenkamp district in eastern Rotterdam conceals a specimen of Dutch landscape architecture from the early 1980s - the Wollefoppenpark and Noordelijk Wijkpark, a structure of green spaces connecting the district with the open polder landscape. The park was designed as a robust framework that would last, with patches that could change over time according to use and preferences. Thirty-five years later, with the park now fully grown, community initiatives have transformed a crucial part of it. We scrutinize the flexibility and versatility of the design over time and with regard to stability of the framework, intended adaptability of patches, multifunctionality, and new appropriation. We conclude that, for the most part, the framework is indeed as strong as it was intended to be and that the patches proved flexible but, at the same time, community initiatives challenge the quality of public space. The latter case indicates the necessity to strategically rethink the relation between community initiatives and professional design.

Link to whole article online (at Taylor and Francis online)