Conventional agricultural production systems use large inputs of mineral fertilizers and pesticides that reduce soil biodiversity. Organic soil management is thought to contribute to a more diverse and stable soil food web, but data describing this effect are sparse and fragmented.

We set out to map both the resident (rDNA) and the active (rRNA) fractions of bacterial, fungal, protozoan and metazoan communities under various soil management regimes in two distinct soil types with barley as the main crop. Contrasts between resident and active communities explained the majority of the variance within the bacterial, fungal, protozoan, and metazoan communities. As the active fractions of organismal groups define the actual ecological functioning of soils, our findings underline the relevance of characterizing both resident and active pools. All four major organismal groups were affected by soil management (p < 0.01), and most taxa showed both an increased presence and an enlarged activity under the organic regime. Hence, a prolonged organic soil management not only impacts the primary decomposers, bacteria and fungi, but also major representatives of the next trophic level, protists and metazoa. 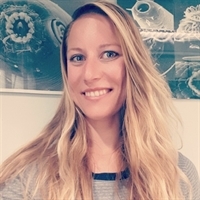