Last week the second edition of ‘Space and Economics’ was published by Wageningen Academic Publishers. Two of the authors (Wim Heijman and Jack Peerlings) are members of the AEP Group.

The subject area Regional Economics has become topical. This means that in economic analyses the production factor ‘space’ is of increasing importance. This study book aims to integrate space in the area of General Economics in an analytical way. Models and their applications play a major role in the book’s approach.The subject of regional economics contains two broad fields.

The first is the theory of location, including the basic principles of the economic theory of land use, which has a microeconomic character. The second subject is regional economic development, including spatial equilibrium theory, which is mainly macroeconomic in nature. In the book, both fields will be elaborated in detail. Basic principles of economics are included as background information in order to study the more advanced subjects addressed in the book.

Another important feature of the book is its European character which is rather unique. In fact the majority of the applications here are from Europe. Regional statistical data and maps available in Eurostat have been used. The spreadsheet programme Excel is used as a convenient tool for the computation of model results. The description of major applications of Excel is included in the book, which makes it self-contained. 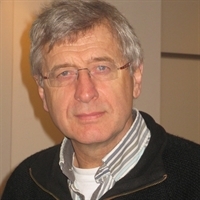